Impressing your family and friends is simple and enjoyable when you make naan bread. While yogurt is the customary component in naan bread, several other ingredients can be substituted to get a comparable flavor and texture.

We’ll look at various substitute for yogurt in naan bread. So, read on if you’re seeking for a fresh and fun approach to create naan bread.

Best Substitute For Yogurt in Naan 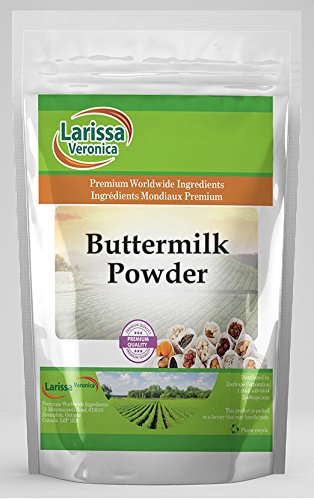 Buttermilk is a fantastic alternative to yogurt in a hurry if you don’t have any on hand. Just be aware that the dough will be a little more sticky and wet.

Mix the flour, salt, baking soda, baking powder, and oil in a large basin to make the dough. Mix the melted butter and buttermilk in a different basin. Mix everything together thoroughly after adding the wet components to the dry ones.

Prior to rolling the dough into balls, give it a 10-minute resting period. Roll the balls into 1/2-inch-thick rounds on a board that has been lightly dusted with flour. Cook the naan bread on a preheated grill or griddle for 2-3 minutes per side, and enjoy.

In order to make up for the lower moisture content of the coconut milk, you might also need to increase the amount of wheat in the dough. However, making naan bread using coconut milk rather than yogurt is a straightforward and delectable alternative. 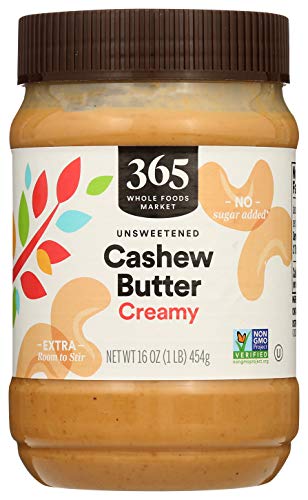 It’s simpler than you may imagine to make naan bread at home, and if you use cashew cream in place of yogurt, it can even be vegan-friendly.

Simply combine equal portions of raw cashews and water in a blender and process until the mixture is creamy to make the cashew cream. Then substitute it for the yogurt specified in the recipe when adding it to your dough.

The structure and moistness that the cashew cream helps to create will produce a delightful, fluffy naan bread that will be enjoyed by all. Therefore, if you’re craving naan and don’t have yogurt on hand, go for some cashews the next time you’re in the mood. You won’t believe what this ingredient is capable of.

Are you looking to eat more naan, but you have health concerns and wondering if naan bread is healthy?

Naan can be healthy depending on where you are in the world and how you cook your naan bread. The majority of the time, what you eat in addition to the naan bread is what will determine if it is healthy or not.

Simply put, naan is more nutrient-dense than pita or white bread. While it may contain more carbs and sugars, it earns its reputation as a healthy alternative with its relatively generous amounts of protein and fiber.

Is Naan Bread Vegan and Gluten-free?

Have you been thinking of trying out naan bread but would like to know if it’s vegan and gluten-free?

Can you refrigerate and freeze naan bread?

There is no need to chill the naan bread if you intend to consume it within three days.

To refrigerate: The uncooked dough shouldn’t be refrigerated because doing so will make it stickier. To make it sturdy enough to shape into naan bread, you will need to add more flour.

You can store any leftover naan in the fridge to eat later if you don’t want to eat it immediately.

Naan bread leftovers should be stored in a ziplock bag and eaten within seven days.

To freeze: The cooked naan bread freezes well. The naan bread should be put in a ziplock bag. They can be frozen and kept fresh for up to six months.

To reheat: Frozen naan should be thawed to room temperature. Either microwave the food again or crisp it up in a pan.

Why is Naan Expensive?

Due to its occasionally yellow color, naan flour is more expensive than other varieties of flour. Manufacturers are aware that some people dislike the color yellow. It costs more since bleach is added to make the color white.

Why Does My Naan Not Rise?

Are you trying to make naan but it just wouldn’t rise? Would you like to know why it isn’t rising?

See also  Prego Vs Ragu, Which Is Better?

If you don’t have any yeast, you can’t produce bread as it wouldn’t rise. If the yeast is old, your bread won’t rise and will remain flat.

The appropriate proportions of each ingredient shouldn’t be used individually or in excess. The yeast doesn’t function as effectively in the cold. The yeast in your dough may occasionally be weakened by the heat, preventing anything from happening.

Can You Freeze Naan Bread?

Did you make a huge batch of naan bread and are currently looking for how to store it? Are you curious to know if you can freeze Naan bread for storage?

Naan bread can be frozen, but it won’t taste as wonderful as fresh naan. Allow the bread to totally cool down before freezing it. After that, wrap it in foil or place it in a freezer bag. To know how long it has been in the freezer, make sure to write the date on the package.

Take it out of the freezer when you’re ready to eat it, then bake it at a low temperature. Cooking will generally take 10 to 15 minutes.

Should you refrigerate naan bread?

Are you curious to know if it is a good idea to refrigerate your naan bread?

Although naan bread doesn’t need to be chilled, doing so will increase its shelf life. It’s best to keep it in a sealed bag or container and keep it somewhere cool and dry. You can microwave it for a little period of time to re-soften it if it begins to grow dry or hard.

Naan bread will last for five to seven days at room temperature. Naan bread won’t last as long in the refrigerator because it will dry out more quickly.

Can I Put Naan Dough in the Fridge?

Are you looking for a way to store your naan dough and wondering if you can store it in the fridge?

Yes. Naan dough can be stored in the fridge.

Place that in a basin. It should be washed and dried with a towel. To prevent the dough from sticking to the bowl, coat it with oil.

Simply store the dough in the refrigerator for up to 3 days if you want to bake later but aren’t quite ready.

Why is Naan Bad For You?

This kind of bread is exceedingly mushy and has few nutritional advantages.

Yogurt is commonly used in the recipes for this bread, which is advantageous because it makes the bread airy. However, the recipe also asks for unhealthy ingredients like white flour, sugar, and oil.

Since the majority of the calories in naan bread originate from fat and carbohydrates, it is definitely something that should be consumed in moderation. The majority of eateries that serve naan use a lot of garlic butter (clarified butter), which might increase the amount of saturated fats in a meal. If amounts are managed appropriately, it is possible to eat while trying to maintain a healthy diet.

See also  How Long To Air Out House After Gas Leak? Find Out!

What is the Healthiest Naan Bread?

There are numerous bread varieties, some of which are healthier than others. So, what are the healthiest naan bread?

Plain naan is one of the healthier side dishes to order in a restaurant. Choose one of the variants with a sweet or savory filling, such coconut or garlic, to potentially boost calories and reduce nutritional value.

Why Is Yogurt Used In Naan Bread?

Yogurts are frequently used in naan breads (or any sort of bread). Are you curious to know why people use Yogurt when making naan bread?

Yogurt is the ideal topping for breads like naan because of its bland flavor and consistency. It gives the breads their chewy, soft texture, which prolongs their shelf life. Naan is softened with yogurt. It imparts a tasty flavor. However, using yeast to prepare the dough will also help to make it soft and fluffy.

Many different cuisines, including curries and meat meals, can incorporate yogurt. Use Greek yogurt in place of ordinary milk if you have a lactose intolerance to ensure that your naan is dairy-free. To make sure that it doesn’t contain lactose, you should carefully read the contents list on the label.

That concludes the list of yogurt alternatives you can use to prepare excellent, fluffy naan bread at home. Whatever option you select, the end result will be delicious and pleasing to all.

Don’t give up if you don’t have any yogurt on hand the next time your recipe calls for it. You can quickly make wonderful naan bread by selecting one of the alternatives listed above.

Hiiii! My name is Ruth and I am an experienced chef with a passion for food and cooking. My love of baking began when I was nine, and I have since been refining my skills in the kitchen ever since.

Hiiii! My name is Ruth and I am an experienced chef with a passion for food and cooking. My love of baking began when I was nine, and I have since been refining my skills in the kitchen ever since.

Cooking is an art form that shouldn’t go unnoticed. If you’re looking to master the art of cooking and want cool recipes, then Cookinny is perfect for you.